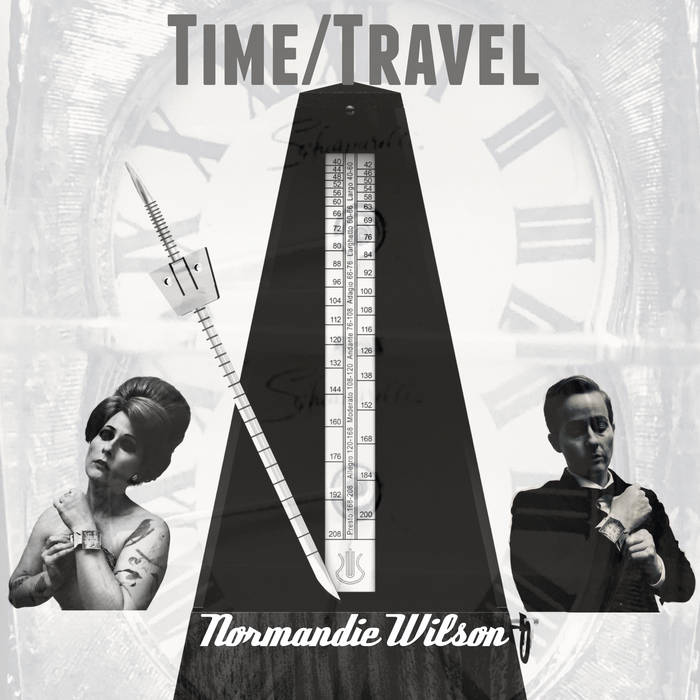 Long-time listeners will note that I've been unusually quiet for the past few years; since 2007 I have generally released an album or EP's worth of material every year and for a multitude of reasons the last two to three years have been exhausting. I had the concept floating around in my head last year to take songs from the cutting room floor and work them into an album; I was surprised that when I put them all together, every single one of them was about the passing of time, or time, or having time, not having time, and so I decided to fashion the album around that. The only song written specifically for the album was the title track (and then of course, there are the covers). It was nice to go back and rework lyrics and song structures with the gift of several years of perspective. Some of these songs are as far back from 2007, but many of the songs were written around the same time as 2013's Geography and Other Problems or were outtakes from that record. Somehow I am still making music although I am not entirely convinced that I should still be doing this; we went into the studio in April and after spending half a day setting up and sound-checking and doing mic placement, we agreed that we should just "do a take." Well, we did a take and we were all blown away by the overall vibe of what we had set up, which was that we had rehearsed the songs for months and performed them live, and surprise of surprises! they actually sounded decent. Ergo, most of the album is completely live. I did not plan it that way, but that's how it went. It's a lot more relaxed and less nitpicky than I typically am when it comes to, everything. Even on songs where the vocals are comped, harmony vocals are added, other instruments are included, the basic trio of drums, bass, and piano is live on every track. What a way to do things; it made the process flow in a wonderful and creative fashion. It was very exciting to get to make an album with such a completely cohesive sound. Cool, well, anyways, now is the part where my absolute lack of any concept resembling self-esteem comes into the liner notes, so I will end it here. I am unsure how this will land but it is finished! We got it done and it's (thank fuck!) not all about me, it is mercifully also all about the incredible team of friends who helped me bring this vision to live with their irreplaceable skills and sincere encouragement. So here it is!

Please advise if you would prefer any mixes of these songs without the inane banter at the beginning or end, I am happy to oblige.

All music & lyrics by Normandie Wilson with the exception of False Alarm (Sloan/J. Ferguson) and Round Midnight (Thelonious Monk)

Bandcamp Daily  your guide to the world of Bandcamp